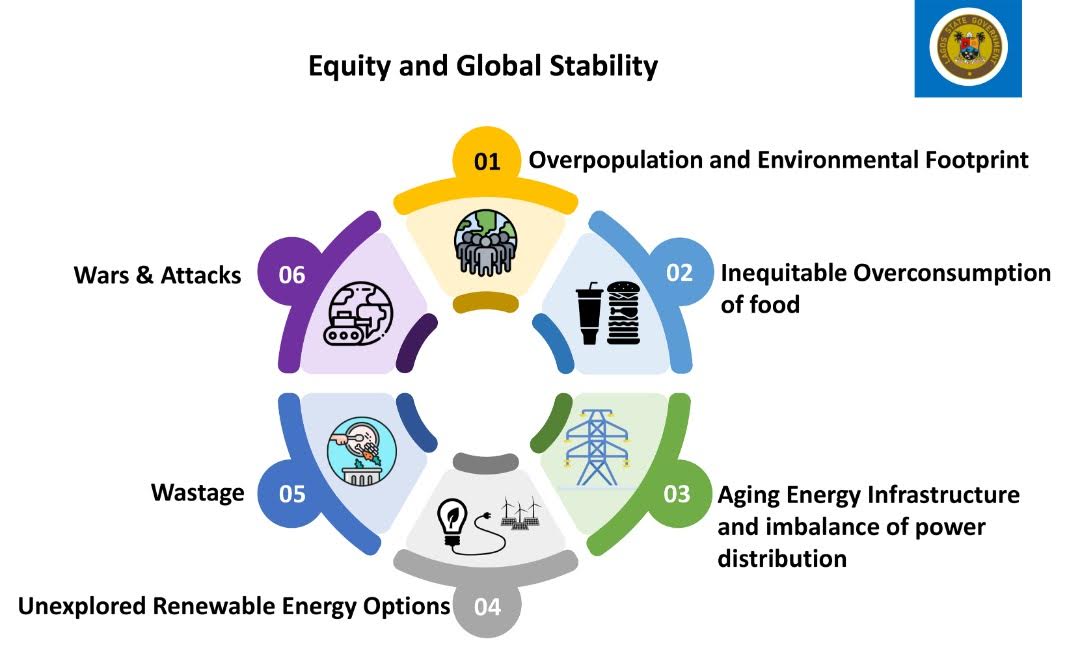 Ugo Aliogo examines the economic and environmental effects of the global energy crisis on Nigeria, which experts have identified as rising diesel prices, illegal bunkering, illegal refining, deforestation, among others

The 2021–2022 global energy crisis is the most recent in a series of cyclical energy shortages experienced over the last 50 years. The energy crisis has had its impacts on the economy and environment. Some of the impacts include increase in green house gas emission, environmental degradation for wood, global warming, air pollution and other loss of biodiversity. The European gas prices are at record levels, pushing electricity prices up 200 per cent. In Spain, electricity prices have tripled, and the government announced measures to cap energy prices. France and Italy have pledged payments to help the poorest households.

According to a report by the International Energy Agency (IEA), Africa is one of the regions mostly affected by climate change, even though it contributed a mere 4 percent of global carbon dioxide (CO2) emissions in 2019.

The 2021 Global Climate Risk Index hinted that half of the 10 countries most affected by extreme weather in 2019 are located in Africa.

The report also noted that Africa is endowed with significant fossil-fuel resources, including oil and gas that it exports worldwide, therefore, any disruption in global energy markets will undoubtedly impact Africa. Income does not translate.

Reports revealed that in Nigeria, rising international natural gas prices caused the price of cooking gas to increase by more than 100% in 2021, making it too expensive for some households, as a result, many households fall back on firewood and charcoal, which they consider as cheaper alternatives.

The report stated that the use of chemicals and fuel in factories resulted in increased air and water pollution and an increased use of fossil fuels, adding that the process of harvesting the fuels from the ground, such as mining and refining also led to environmental pollution.

Research has revealed that 90 per cent of West Africa’s Forest cover has been lost in the last 100 years. It also added that Nigeria loses about 350,000 hectares of land every year to desertification. 63.83 per cent (15 states) of total land is affected by desertification. It also noted that the annual rate of deforestation in Nigeria is 3.5 per cent, approximately 350,000-400,000 hectares per year.

The Role of the NGOs

The energy crisis and environmental sustainability have become issues of grave concern not just to countries, the Organization of Petroleum Exporting Countries (OPEC), but to faith-based organisations. The argument is that all hands must be on deck in the search for answers to these problems facing the earth. Environmentalists have also argued that mankind has not been fair in his treatment of nature and environment.

It has also been observed that the current patterns of production and consumption are not sustainable and responsible for the complex problems facing the environment. There is also an appreciable loss of biodiversity and a climate change that is already clearly showing disastrous effects on our lives.

As part of contributing its quota to addressing the problem, the Catholic Archdiocese of Lagos recently organized a conference with the theme: “Listening and Journeying Together: Energy Crisis and Sustainable Lifestyle for Church and State.”

The conference was another response by the Church to the call of Pope Francis which he made seven years ago when he released his encyclical Laudato SI’ On Care of Our Common Home.

Speaking at the conference, the Archbishop of Lagos, Dr. Alfred Adewale Martins, stated that climate change has manifested itself in varied and unprecedented ways; the heatwaves that have led to uncontrolled forest fires devastating huge swathes of land; desertification; rising sea levels leading to destructive floods and landslides; chemical and technological pollution leading to depletion of biodiversity and destruction of the ecosystem.

He stated that the world is faced with the results of our collective and individual lifestyles and habits that lead to depletion of species of animals and plants and the pollution of the earth, turning it to what the Pope calls a pile of filth.

“All of these and more have impacts on us not only as individuals but also as an interconnected people of the world such that we cannot but hear and feel the cry of the extremely poor who are forced to migrate but their land cannot sustain them or because of conflicts that arise from the effects of climate change on their environment,” he said.

The Archbishop further explained that the pollution of the environment resulting in the lack of portable water, loss of income and the resultant susceptibility to diseases have made the cry of the poor louder and more widespread with the attendant ill health due to diseases.

He argued that the global COVID-19 pandemic that brought the world to standstill, has revealed that the whole world is interdependent more than it is probably thought, therefore noted that there is a need to cooperate and collaborate effectively in dealing with the issues of sustainability of the earth, “and addressing the grinding poverty in our world including the provision of healthcare facilities.”

He remarked that as the COVID 19 crisis begin to alleviate, the world was faced with other crises which also have local and global dimensions such as the energy crisis and looming food crisis, which he stated that the impact of these crises would be huge and unimaginable if we do not take necessary steps now.

As part of the efforts of the Lagos State Government to contribute its quota to addressing the energy crisis and promoting environmental sustainability, the state Commissioner for Health, Prof. Akin Abayomi, speaking at the conference said in the Ministry of Health, all the new designs for clinics, hospitals and medical facilities according to State Governor, Mr. Babajide Sanwo-Olu, were to reduce the carbon footprints in the buildings.

He also stated that the state buildings are supposed to become low carbon footprints by using less energy at least 50 percent, adding that the new hospitals are all designed to be cool, naturally ventilated, naturally lightened and attention to infection and prevention control.

According to him, “We have just started rolling out the blueprints designs, we have started building the General hospitals; the General Hospital at the new Massey street, is the low carbon footprint facility. Our primary healthcare clinics design is complete and we are about to start building some new clinics which are all going to be naturally ventilated, very cool and use a lot of natural light and less dependent on generator, and fuels. We are going to have solar panels on the roof. So, we are reducing carbon footprints in our medical facilities and that is already happening across other agencies in government.”

Abayomi further explained that the state government is committed to reducing carbon footprints, stating that as part of efforts to promote environmental protection, and tree planting, the Lagos State Parks and Garden (Laspark) through the Ministry of Environment, the state government have set up a one health paradigm in Lagos which means they are not looking at the health of human beings in isolation, but also in the context of a healthy environment and the healthy food that we eat.

Continuing, Abayomi stated: “The Pillar 2 is health and environment, and it is a relationship between the Ministry of Health, agriculture, physical planning and Ministry of Justice to make sure that we look at the health of Lagos State which include us as human beings. When you talk the health of Lagos state, you are talking about not just human health, you are talking about environmental, agricultural, and the health of the physical planning of Lagos State so that our people are not stressed by long traffic lines, pollution and other things.

Abayomi hinted that in line with mitigation and adaptation, the state is making efforts to ensure they use mass transit in order to reduce their contribution to greenhouse gases.

He said: “Adaptation is when climate change is upon us, are we going to wait for the Atlantic Ocean to destroy our homes? Are we going to wait for floods to knock down buildings and for flooding to cause Cholera outbreak? so in adapting, we now leave in an environment where climate change is having a significant impact on our lives and as government we need to preserve lives and people. We also make sure that we carry out disease surveillance when it’s raining and there is flooding. We are more prone to the outburst of Cholera and dysentery. We are making sure our hospital can harbor sick people that are sick.

“We need to have facilities where we can absorb lots of sick people at the same time. These are adaptive measures been put in place by the government and what is most important is that we will address this mitigation by not contributing to greenhouse gases that will make the global situation around climate change even worse,” Abayomi said.

The target for the state is that if it achieves the World Health Organization (WHO) target for air quality, it could prevent 2,800 deaths, 155,000 hospitalizations and save up to $2.3 billion annually. The state could also prevent 2,300 incidences of Asthma in one year by abiding with the WHO Air Quality guideline. This could also save about $200 million annually.

Also speaking at the conference, the Director General, Nigeria Conservation Foundation, (NCF), Dr. Muhtari Aminu-Kano, disclosed that the devastation of the earth, the level of deforestation and the climate change challenge are urgent issues that must be discussed by all, with the intention to provide solutions and to take action in the direction of halting and reversing the level of damage.

He stated that everyone should acknowledge the fact they contributed to the global environmental challenges facing the world today, adding that “where we are today, is as a result of what we have done, doing or failed to do about the environment.”