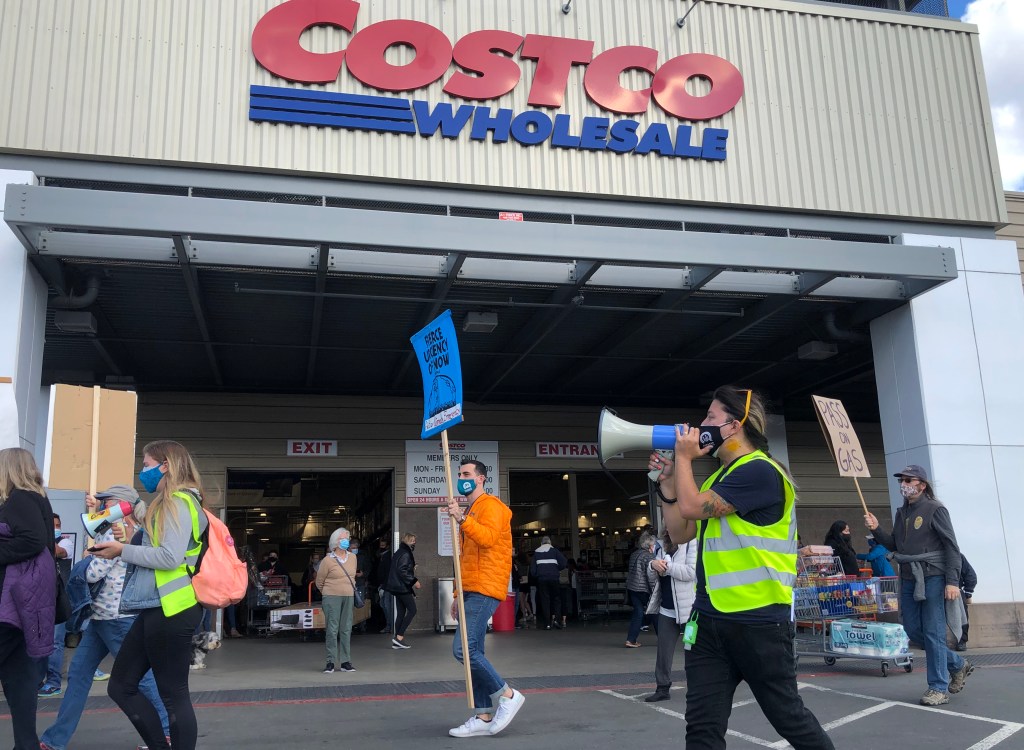 About 20 years ago, Costco hinted at the possibility of building a large gas station adjacent to its Vintage Oaks store, across from Bev Ehreth Pond.

There was nothing in the city code to prohibit construction. As a member of City Council at the time, I thought the competition he would offer would be welcome, but the location was problematic. However, Costco ditched the idea and I didn’t need to consider the question.

Over a year ago, Costco revived the idea. This time, he sued a 28 pump station through the city’s approval process. An environmental impact report has been produced. While there was quite a bit of opposition, there was also public support. On March 9, the council approved the proposal, with modifications, by 4 votes to 1.

The case continues to attract public attention. A lawsuit has been filed on the validity of the EIR. A commentary from Marin Voice recently published on May 3 captured the general arguments in favor of endorsing Novato. These arguments are based on a world that is not severely affected by warming greenhouse gases and ignore our need to change course now. I suggest that the Costco proposal gives us an opportunity to adapt to the new conditions.

There is no doubt that climatic conditions are changing and unless we take immediate action to change our behavior, future generations will inherit massive problems. In recent months, there has been a dramatic shift in the response to greenhouse gases from transportation. We’ve seen local initiatives like Petaluma’s ban on new gas stations nationwide, like GM announcing that by 2035 it will become completely carbon neutral at all facilities and phase out internal combustion engines. Globally, we have seen the International Energy Agency advocate for severe restrictions on the production of fossil fuels.

Building a large gas station to help Costco attract more customers for its warehouse operations could, in the short term, meet both Costco and the owner’s revenue targets. But in the long run, as approved, this puts Costco on the wrong side of history and will prevent Novato and the company from achieving their goals.

Costco officials say it will offer gasoline-powered car owners the option of purchasing cheaper fuel and prevent them from traveling to do so. City leaders want the additional sales tax Novato will earn. Over time, however, the gas sold by competing Novato gas stations will decrease, as will the taxes these stations would have generated. As more and more electric vehicles become available, the attractiveness of cheap gasoline will diminish.

Can Costco and its owner do this while offsetting the effects of fossil fuel sales? This will require a joint effort that will not maximize their profits in the short term, but should produce positive results for their bottom line over time.

Costco touts its efforts to reduce its greenhouse gas emissions. Thus, Costco, in collaboration with the owner and Novato, should, over time, install solar energy on the roofs of the buildings of the shopping center, erect canopies with solar cells above the gas station and from the large parking lot in the center (and even off-site), and install electric charging stations in the parking lot. They should gradually increase the density of charging stations as demand increases.

By working with electric utilities, they can reduce Costco and the center’s energy footprint, even by selling any surplus and purchasing electricity as needed. The cost of installing and operating chargers can be reimbursed by charging for the energy supplied.

Maybe the merchants in the center will use Costco’s idea to attract shoppers and offer their customers discounted or even free electric recharges, with increased sales benefiting the merchants, the owner, the vaults. of the city and in its image.

Finally, Novato should change the city code to ban or at least discourage other gas stations and other greenhouse gas production facilities unless they provide offsets to improve their impacts.

I don’t know if the EIR is adequate, or if Costco’s ability to sell unbranded gasoline at a discount will continue. What I do know is that the approval of the proposed station needs to be rethought by all parties involved.

Bernard Meyers is a former mayor of Novato and member of the city council, as well as a long-time member of Costco.