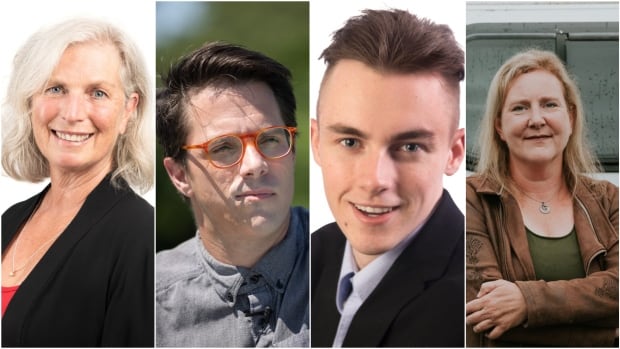 The positions of the parties on the environment and climate change were in the spotlight Wednesday evening during an electoral debate in Halifax.

Candidates representing Greens, Liberals, Progressive Conservatives and New Democrats touted their party’s platforms at an Ecology Action Center event and answered questions on some of the most controversial environmental topics of the province, including Owls Head.

The only party leader on the Ummah Mosque and Community Center stage was Jessica Alexander of the Green Party. The other three major parties put forward some of their candidates from the Halifax area:

On some issues, the four found common ground. When it comes to mitigating climate change, all agreed greenhouse gas emissions must be significantly reduced and the use of renewables must increase – although each party varies depending on its exact targets.

The PC platform does not set a specific target for reducing greenhouse gases, although Ellis said the party would present legislation with new climate change targets in a first meeting of the legislature.

How much will it cost?

“There is no price tag we can put on the planet,” Ellis said. “The truth is, we rely on the planet for everything we do every day.”

Still, the PC candidate pointed out that his party put dollar numbers on his platform. On the environment, the PC platform says it would take just over $ 7 million a year to deliver on party promises to improve active transportation, install more infrastructure for electric vehicles, and remove coal electricity from the grid by 2030, among other things.

The New Democrats haven’t fully costed their agenda, but Colbourne said at least $ 100 million will be spent on capital projects over the next four years, including energy retrofits and active transportation networks. .

The platforms, boards and political positions of the parties are becoming the center of attention. In some cases there are interesting role reversals. 4:13

Cooley highlighted a four-year, $ 8 million program for solar power projects targeted at regions that have experienced environmental racism, have high levels of energy poverty, or have been historically marginalized.

The recently costed liberal platform details $ 173 million in environmental spending over four years, but it also estimates cap-and-trade auction revenues at $ 200 million, canceling out the costs.

Colbourne, Ellis and Cooley all spoke about the need to invest in green job creation, but Alexander differed on this point.

“We are opposed to the search for jobs and in favor of a guaranteed income for all,” she said. “Jobs is something from a millennium ago… jobs are being automated.”

The Green Party platform includes guaranteed income starting at $ 18,329 per year for each adultincreasing to $ 20,000 over four years.

On questions about the future of Owls Head – a 285 acre coastal property on the east coast – Cooley defended his party, while the other three candidates attacked the Liberal decision to remove the land from a list of properties of the Crown awaiting legal protection.

The land has been downgraded to make way for the possibility of selling it for a development involving three golf courses, but it has yet to be sold.

Cooley said a “mature democracy” requires listening to both sides of an argument – in this case, the argument for economic development in the rural community of Little Harbor versus protecting sensitive ecosystems.

She said there had been disinformation circulating on Owls Head.

In games, the environmental crisis is just another bedtime story