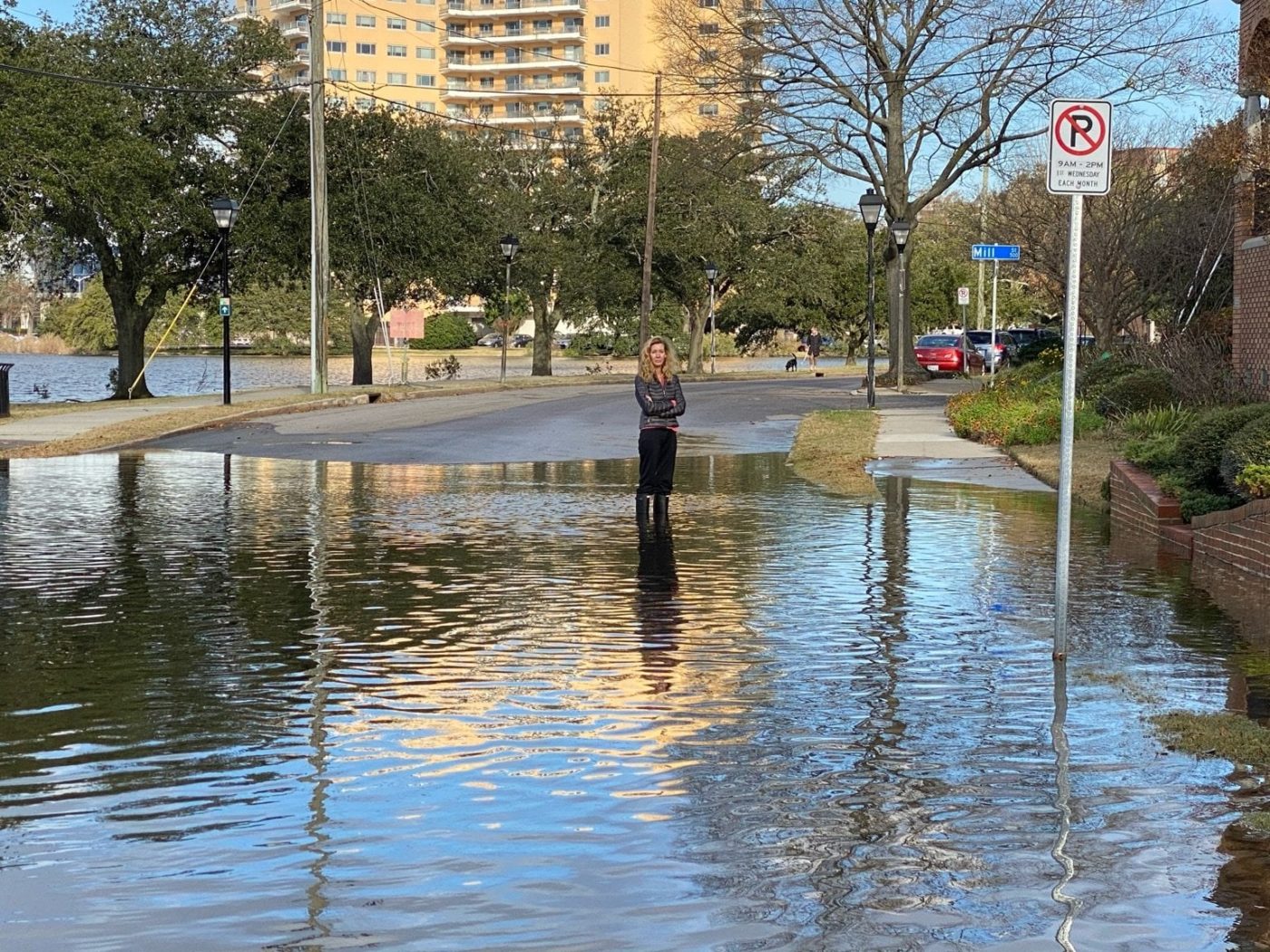 As we endure the winter and hope for an early spring, we also know that spring now brings dangerous and heavy rains which are only expected to become more frequent.

For decades, scientists have noted that extreme weather conditions could be one of the most disastrous impacts of climate change. Now, after years of federal policymakers ignoring the issue, the negative impacts are showing all over Virginia.

A report from the Community Climate Collaborative this summer highlighted the flooding that is already happening across central Virginia. From 1995 to 2015, Charlottesville and Albemarle County experienced nearly 100 floods, causing over $ 1 million in damage and tragically killing one person.

Using long-term climate data, the the report also showed that the average number of days of extreme precipitation in Charlottesville increased by almost 80% from the 1890s to the 2010s. Without coordinated and real action, this trend will increase with rising temperatures. According to the report’s authors, extreme flooding and rains will be a “Highest climate hazard for Charlottesville by 2050”.

But this problem is not limited to Charlottesville. In Alexandria, entire communities regularly experience basement flooding although they do not live in a flood-prone area. In southwest Virginia, the agricultural sector faces irregular growing seasons and extreme weather conditions that kill crops. And in Hampton Roads, where I live, families are being robbed of their homes due to rising insurance costs, repeated flooding.

Flooded and impassable roads leading to one of the country’s busiest seaports could prevent trucks carrying goods from reaching grocery stores in central Virginia and have an extremely negative impact on the economy. A The 2006 Mason School of Business report found that more than $ 31 million in cargo had passed through the Port of Virginia; this activity generated $ 4.5 billion in revenue and over 35,000 jobs. Since then, the economic power of the port has only grown, as has its risk of flooding.

However, it is not just a question of economic security; flood control is vital for national security. The world’s largest naval base is in Norfolk, and mission readiness is compromised by flooding, rising sea levels and frequent “rain bombs”. At Hampton Roads, local leaders and top Navy experts have worked hand-in-hand to ensure that this critical national security node is protected and that the industries supported, including shipbuilding, can continue to operate despite challenges. floods and higher tides.

Yet the challenges created by climate change are too great to be overcome by simple local and regional action, regardless of the partner. We need better coordinated policies that address immediate needs and stem the growing flood crisis. We must meet the challenge on all fronts: state and federal policies that deal with flooding and global agreements to reduce carbon emissions.

As Lieutenant Governor, I will bring my experience working on flooding and climate change mitigation to Richmond. Flooded roads and costly property damage are proof that we need to move now, as families are already suffering the impacts of the climate crisis.

At the 35,000-foot level, I will work to accelerate our goal of 100% clean energy Virginia by 2050. Achieving this goal will not only involve tax incentives and more clean power generation opportunities, but also scientific breakthroughs, such as those developed at the School of Engineering at the University of Virginia and at the Center for Economic & Policy Studies at the Weldon Cooper Center for Public Service. We must invest in the development and implementation of these technologies that break new ground in the future of green energy in Virginia.

However, we don’t have to wait for these new technologies. Others, like offshore wind, are under construction and promise clean energy and 5,000 new supply chain jobs. The mountain ranges of Virginia also offer opportunities for wind power.

While, as with all problems, state and federal policies are necessary to drive total and lasting change, each of us, individually, has the power to make an impact by demanding that lawmakers prioritize environmental justice. and reducing our own personal carbon footprint by implementing energy efficiency. measurements, migration to electric vehicles, composting and / or the installation of solar panels on roofs.

Climate change is increasing temperatures and precipitation across the Commonwealth. We can take steps to deal with the crisis before the flooding turns into something much worse.

In times of social and environmental crisis, Aldo Léopold's call for a "land ethic" is still relevant.