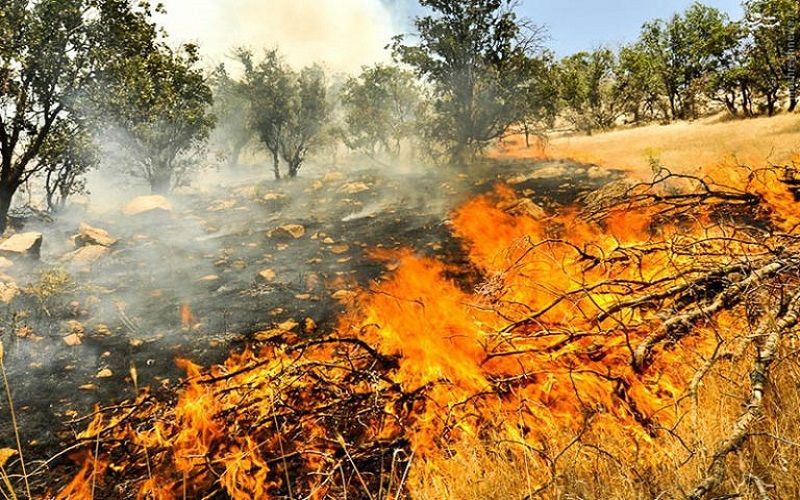 Not only is Iran grappling with growing socio-economic crises, but an unprecedented environmental crisis is engulfing the country as well. Problems such as dwindling water resources, deforestation and severe air pollution, if left unchecked, will not only affect Iran and the Middle East, but the whole world.

Tehran constantly advocates proving that these calamities are due to global warming, sanctions and persistent droughts, but it must be emphasized that all of these crises are the result of extreme mismanagement, looting of Iran’s natural ecosystem. and the oppressive domination of the clerical system.

Environmental stability in Iran is a national security issue as it directly affects economic growth and food security. Daily protests in Iran now highlight the gravity of the country’s environmental problems.

The deterioration of the environment in Iran has already caused political unrest in the country. If nothing is done to improve air pollution and water scarcity, as well as other environmental issues, it could lead to a massive migration of people, both at home and abroad, in search of more sustainable livelihoods.

This is a direct consequence of the mismanagement, the plundering of the wealth which the Iranian people so badly need for terrorist purposes and the failure of the government to respond to the basic needs of the people, which incites the masses to bring their demands to the streets, like they did in These last days.

Wars in the region, increasing population and destruction of natural resources, among others, have all contributed to the current environmental crisis in Iran. With dwindling water resources, farmers have been forced to migrate from their rural villages to Iranian towns and villages, which adds further competition for already scarce resources. Arable land is shrinking as more land turns to desert from flooding and wind erosion, while air pollution in urban areas creates difficult living conditions for citizens.

The severity of air pollution in Tehran and other major cities is forcing schools, businesses and government offices to shut down regularly, and the number of toxic air-related deaths has been reported to be on the rise. of 40,000 per year.

Iran’s clerical regime is in fundamental contrast to democracy. It generally does not have very elaborate institutional guidelines, does not tolerate pluralism and social organizations, does not have the power to mobilize the entire population in the pursuit of its objectives, and exercises extreme oppressive power. within relatively predictable limits.

The missteps in the Iranian regime’s policies are what have caused and prolonged Iran’s environmental crises, especially the water and electricity shortages that have plagued the country in recent years. Much irreversible damage has been inflicted on the Iranian environment which, according to experts, “will have catastrophic humanitarian repercussions as the country is currently experiencing in various provinces.”

The regime’s corrupt activities blinded them to the scale and gravity of the crisis, and as a result, they failed to implement the necessary measures to correct the problems, which would now be insufficient to resolve. damage already caused.

We call on the civilized world, environmentalists and experts to stand alongside the Iranians and their legitimate resistance under the leadership of Mrs. Maryam Rajavi to denounce the brutal clerical regime, which is not only the enemy of humanity but also extremely dangerous for the global environment and world peace and security.