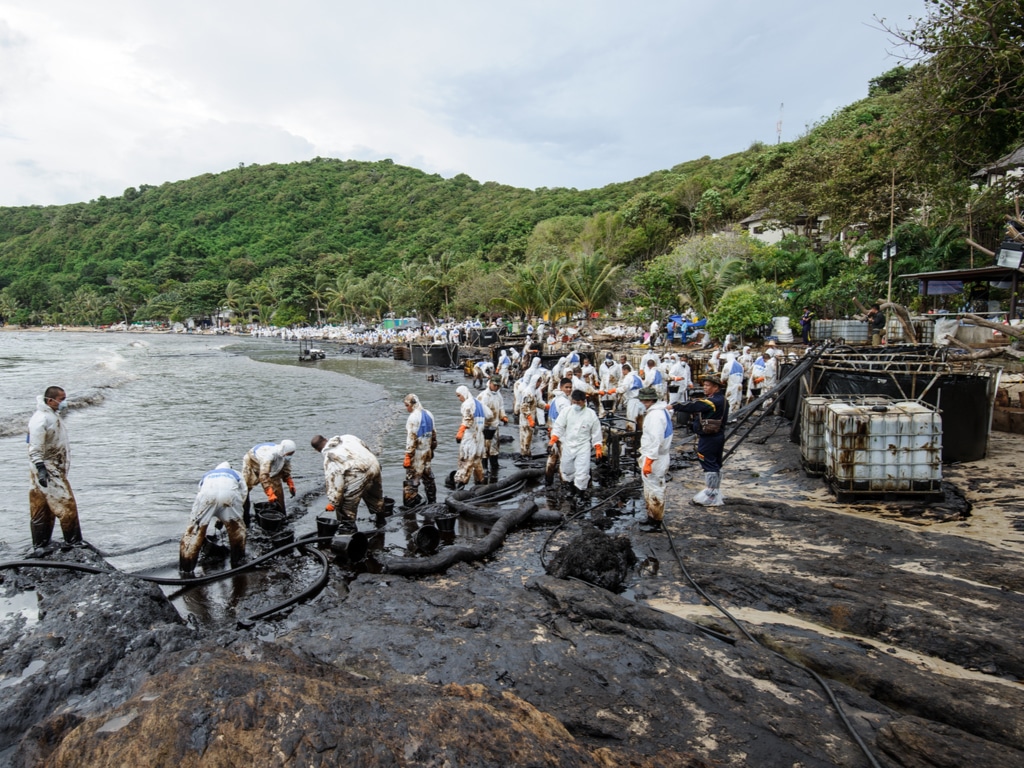 The condemnation of Shell by the Dutch court will go down in history. Nigerian subsidiary of Dutch oil company is owned “Liable for damage resulting from spills” of crude oil, which caused pollution in the villages of Goi, Ikot Ada Udo and Oruma in the Niger Delta, southwestern Nigeria.

The Hague court ruling is a relief for the farmers who are supported in this process by the non-governmental organization (NGO) Milieudefensie, the Dutch branch of the Friends of the Earth organization. It was four farmers and fishermen who filed a lawsuit against Shell in Dutch courts in 2008, asking its parent company Royal Dutch Shell to fund clean-up work and pay compensation for damage caused by leaks on its pipeline.

A decision challenged by Shell

In its judgment of Friday, January 29e, 2021, the Dutch court ordered Shell to compensate three of the four plaintiffs in this case. However, claimants will still have to wait to receive this compensation, as the amount of compensation will have to be determined. In addition, in Nigerian villages affected by oil pollution in Nigeria, Royal Dutch Shell will have to equip its pipeline with a leak detection system to prevent further pollution.

Before this verdict of the Hague Court of Appeal, “Dutch multinationals could act with impunity in developing countries (…) and that has changed now”, says Donald Pols, CEO of Milieudefensie. “It is a great relief to the people of the Niger Delta that Shell has been held responsible for its injustice towards the oil producing communities”, said Emere Godwin Bebe Okpabi, king of the Ogale community in the Niger Delta.

Although Shell is challenging the Dutch court ruling, arguing that sabotage was the cause of the leaks on its pipeline. “We continue to believe that the spills in Oruma and Goi were the result of sabotage, so we are disappointed that this tribunal came to a different conclusion on the cause of the spills,” Shell Nigeria said.

The condemnation of Shell by the Dutch courts is unprecedented for a group whose subsidiary operates in Africa. On this continent, where many multinationals invest through local subsidiaries or subcontractors, the courts do not always have the means to investigate and therefore rule on a pollution situation as in the villages of the Niger River Delta. in Nigeria.

“Nigerian courts are naturally the competent courts to hear claims related to pollution suffered in the territory of the Ogoni people, since this environmental damage occurred in Nigeria. Nevertheless, the various procedures before the Nigerian courts have not, for the moment, made it possible to settle the case ”, explains Chancia Ivala Plaine, a Parisian lawyer specializing in environmental law.

However, on November 30e, 2020, in another case, Nigerian courts upheld Shell’s conviction in 2010, half a century after an oil spill that severely affected River State. The Nigerian subsidiary of the Anglo-Dutch company is expected to pay up to $ 400 million in compensation to the Ejama-Ebubu community, the main victim of the ecological disaster. Faced with these environmental crimes, which are increasing in the context of the exploitation of fossil and mineral fuels in Africa, many observers and even some investors now advocate the application of the duty of vigilance of companies vis-à-vis their funds. – contractors or subsidiaries in regions such as Africa where they share market share.

The duty of vigilance of multinationals

For the time being, legislation is still being put in place to judge environmental crimes and the failure to respect human rights by the subsidiaries of multinationals. Due diligence breaches pose legal problems, especially for victims of pollution in many cases. This question was raised in the case of the French company Total, which wants to operate an oil field near Lake Albert in Uganda. The oil thus exploited will transit through Tanzania via an oil pipeline, the construction of which should require the displacement and expropriation of many local residents.

Faced with this situation, several NGOs, including Friends of the Earth, brought the problem to the French courts on the basis of the law on duty of vigilance parent companies and limited partners, dating from 2017. But in December 2020, the Versailles court of appeal decided to refer the case to the commercial court. NGOs found the decision unacceptable, saying it is “contrary to the spirit of the law” and “Is prejudicial to its application”.

However, according to Chancia Ivala Plaine, specialist in environmental law, in several countries, such as France, the legislator has adopted regulations concerning the duty of vigilance, thus following the global trend to establish the responsibility of companies, in particular of any parent company (multinational), in matters of human rights and environmental violations perpetrated by its foreign subsidiary.

The Anglo-Dutch company Shell is thus the first multinational to be condemned to the duty of vigilance that many countries wish to apply. In January 2021, for example, the United States decided to close its doors to major palm oil producers for human rights abuses. As the facts unfold in Malaysia, Africa is directly affected by such a phenomenon with oil palm plantation projects develop in the large forest areas of the continent.

It is in this context, and that of the pandemic, which has accelerated awareness of the risks involved, that Didier Reynders, European Commissioner for Justice, announced on April 29.e, 2020 that the European Commission would present a legislative initiative by 2021 on the duty of vigilance of companies that place orders with their subcontractors in matters of human rights and the environment.

Without delay, and beyond the political and legal will, many multinationals have chosen to respect their Corporate Social Responsibility (CSR) for a more sustainable use of the planet’s resources, while respecting human rights. In April 2020, to prevent respectful companies from facing unfair competition, 105 investors representing $ 5,000 billion in assets under management even joined forces to ask governments to exercise due diligence compulsory for companies. Multinationals have even become pioneers in this field, such as Schneider Electric. The French industrial group, which has many strengths on the African continent, is ranked first in the recent ranking of the Most Sustainable Companies by Canadian magazine Corporate Knights.

An environmental crisis in Borneo