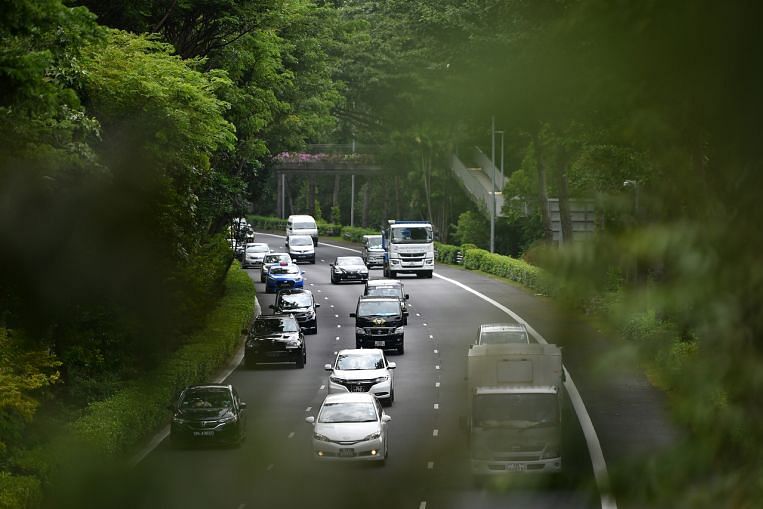 SINGAPORE – The average Singaporean is very aware of environmental issues, sometimes adopts many green practices, and advocates for some of these issues and practices with friends and family.

These are the conclusions of a climate index launched on Tuesday August 17 by OCBC Bank in partnership with Eco-Business, a media and economic intelligence company.

OCBC said it hopes to raise awareness of environmental issues and inspire people to change their lifestyles and act responsibly.

Singapore, recognizing the existential threat climate change poses to the island, unveiled its Green Plan 2030 earlier this year. As part of the Paris Agreement, Singapore has pledged to halve its carbon emissions by 2050.

The inaugural national average for the OCBC Climate Index was 6.7 points – with Singaporeans scoring an average of 8.3 for awareness, 6.5 for adoption and 5.6 for advocacy.

The index also showed Singaporeans were very aware of environmental issues across four lifestyle themes – transportation, home, food and goods – although this was not reflected in terms of adopting green practices.

Ninety-five percent of those who know how to drive knew that traveling by car generates 12 times more CO2 emissions than traveling by train. Yet 78% of them drive an average of more than 30 minutes per day.

While 87 percent of those surveyed said they knew that air conditioners emit the most CO2 emissions of any household appliance, 34 percent of them use air conditioning in the home more than seven hours a day, on average. .

The consumption of red meat is responsible for the release of greenhouse gases such as methane, CO2 and nitrous oxide.

Among respondents who eat meat, 76% were aware of the environmental impact of their choice, yet almost half of them consume red meat more than twice a week, on average.

However, 77 percent of red meat eaters have expressed a desire to reduce their consumption.

Some 81 percent knew it takes 500 years for a plastic bag to break down. Yet 78% don’t bring reusable bags with them when shopping.

The Climate Index found that the top two reasons for not adopting green practices were cost and inconvenience, followed by reasons such as difficulty maintaining sustainable habits, feeling that the status quo is enough, the fact to ignore the problem and believe that the individual action is too small to have an impact.

During a virtual press conference, Ms. Koh Ching Ching, head of brand and communications for OCBC Group, said the index gives an indication of where Singaporeans are in terms of knowledge and lifestyle habits that affect climate change.

“We hope the index can raise awareness among Singaporeans about carbon emissions from human activities and encourage more environmentally friendly behavior change.”

Ms. Jessica Cheam, Founder and Managing Director of Eco-Business, noted that the average Singapore resident generates more than 8,000 kg of carbon emissions per year according to SP Group’s My Carbon Footprint calculator.

That’s more than double the global average and well above the goal of maintaining a sustainable footprint, she said.

“As even small actions add up and contribute to an increase in global carbon emissions, each individual has a key role in reducing their own emissions by adopting more sustainable practices,” Ms. Cheam said.

She hoped the index would provide an intimate look at the attitudes and behavior of Singapore residents towards climate change and help inform political, business and consumer decisions.

The environmental crisis is closer than you think