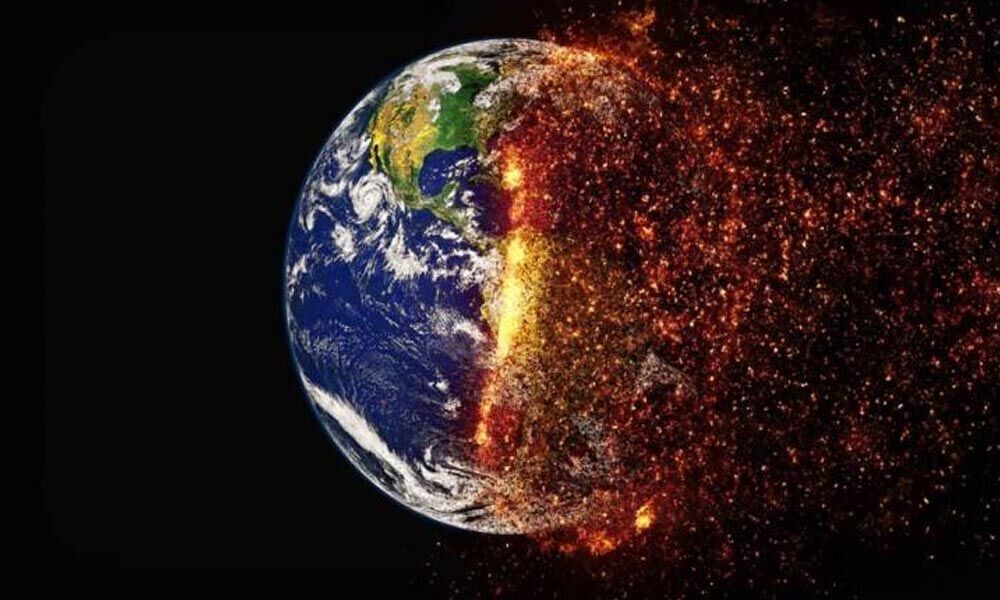 The United Nations Intergovernmental Panel on Climate Change, in its sixth assessment report, has sounded a warning to the world of a clear and present danger from climate change. Whether one prefers to be a Trump or a Greta Thunburg, the danger is imminent. Over the next 20 years, the world will warm by 1.5 degrees Celsius. Right now it is 1.1 degrees Celsius.

The 2015 Paris climate agreement set the goal of limiting global warming at 1.5 degrees Celsius. Now we even plan to reach 2 degrees Celsius and possibly higher this century unless significant reductions in emissions of carbon dioxide and other greenhouse gases occur in the decades to come. There are four points made by the IPCC in its report: It is heating up almost everywhere, it is heating up quickly, the warming has reversed a long term cooling, and it has not been so hot in a long time. What does this mean for India?

Well, we are already experiencing global warming. Periods of unusual and unprecedented heat are expected to occur much more frequently and cover much larger areas. Under a warming of 4 degrees Celsius, the west coast and southern India are expected to experience new high temperature weather patterns with significant impacts on agriculture. With built-up urban areas rapidly becoming “heat islands”, planners will need to adopt measures to counter this effect.

A decrease in monsoon precipitation since the 1950s has already been observed. The frequency of heavy precipitation events has also increased. A 2 ° C increase in global average temperatures will make the Indian summer monsoon very unpredictable. With a warming of 4 ° C, an extremely wet monsoon that currently only has a chance to occur once every 100 years is expected to occur every 10 years by the end of the century. A sudden change in the monsoon could precipitate a major crisis, triggering more frequent droughts as well as more severe flooding across much of India.

The northwest coast of India to the southeastern coastal region may experience above average precipitation. Dry years should be drier and wet years more humid. So what should be done? The report suggested two main movements, one on weather forecasting and the other on building standards. Improving hydrometeorological systems for weather forecasting and installing flood warning systems can help people get out of harm’s way before a weather disaster strikes.

Building codes will need to be enforced to ensure homes and infrastructure are not at risk. Evidence indicates that parts of South Asia have become drier since the 1970s with an increase in the number of droughts. Droughts have major consequences. In 1987 and 2002-2003, droughts affected more than half of India’s cultivated area and resulted in a dramatic drop in agricultural production. Droughts are expected to be more frequent in some areas, particularly in northwest India, Jharkhand, Orissa and Chattisgarh. Crop yields will drop dramatically due to the extreme heat by the 2040s. Does that sound more like a “day prediction”? Is not it?

Yes it is, actually. How far away is 2040 do you think? Your children will then only be adults. They can also start raising their families. This is what we give to our children as an inheritance. Add in good measure the shortages of drinking water, the drying up of rivers and the flooding of cities. Alas, we think we have plans!