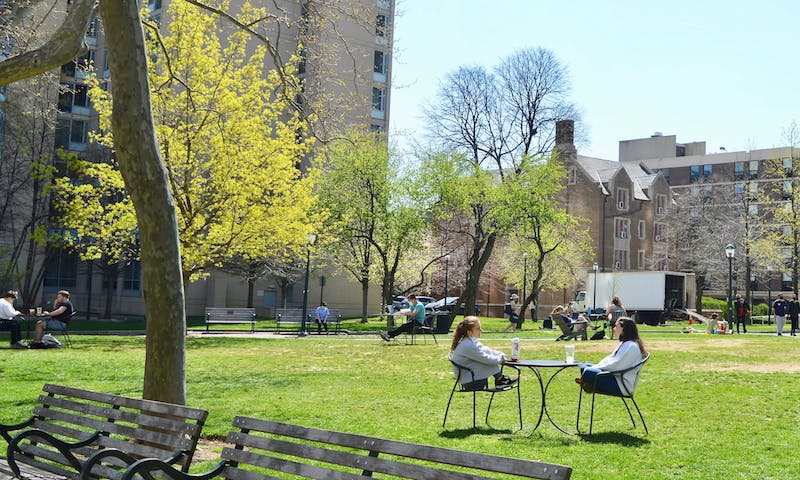 Your list of ecologically sustainable things to do for the day: wake up and brush your teeth (don’t let the sink run), take a shower (short and cold is better), get dressed (all in organic cotton and never fast fashion, of course), eat fruit from the local farmer’s market for breakfast before heading out to class on your bike (Ubers and cars are for the listless), and recycle your old clothes you fancy. get rid of it (why are you getting rid of it anyway?). Now repeat tomorrow.

This huge and non-exhaustive list of expectations people face today can be attributed to scientific research on the impact of individual carbon footprints. More directly, these are the effects of the industrial energy complex’s massive lobbying campaigns to market itself as investing in sustainable practices while simultaneously transferring environmental responsibility to the individual, also known as “greenwashing. “The sector as a whole sank billions of dollars in such advertising campaigns which green its vested interests in the production and consumption of fossil fuels, with the top five oil companies spending more than $ 3.6 billion in the past 30 years on such advertising.

Carbon dioxide, produced by the combustion of fossil fuels, has been identified as the most ubiquitous and damaging greenhouse gas that causes climate change, as it composes 74% of total greenhouse gases issued. But this fact in itself is not enlightening until you realize that 62% of all greenhouse gases produced are CO2 from fossil fuel consumption and 11% from land use. . While these two statistics do not necessarily exonerate the individual from responsibility, a breakdown of fossil fuel consumption in the United States does, as it shows that the energy, transportation, and industrial sectors are far from being surpass the residential sector almost eleven times. In fact, according to The Carbon Majors report From 2017 published by the Carbon Disclosure Project, only 100 fossil fuel producers have been associated with more than 71% of global industrial emissions over the past thirty years.

Yet, we say to individuals reduce their carbon footprint is one of the most important steps in the fight against climate change. This is not the case, and the facts are clear. If we, as a community, are serious about demonstrating our commitment to reducing our carbon footprint and averting a looming climate crisis, it’s high time we turned to the real culprits: businesses.

The exponential increase in emissions over the past three decades can only be seen as a side effect of the leech that is terminal capitalism: In capitalism’s quest for endless growth and wealth, consumerism has been imbued in everyday life and industrialization necessary to supply because, therefore, increasing demand requires a similarly increasing fossil fuel repository. Some, however, say that while climate change is a disproportionate and undeniable act of big business, consumers must accept some of the blame for the consumption of these companies’ products. But what meaning does it have? Especially in a world where consumer choice is shrinking?

People are undeniably forced into inherently unsustainable consumption, regardless of how much they recycle or how long they shower. As many industries have become more and more concentrated, consumers are left with less choice. And when the companies that dominate these industries strictly prioritize profit, the environmental corners are necessarily cut and sustainability takes a back seat. Whole articles could be written on the fashion, agriculture or food retail industries alone, but I will not dwell on this point.

Locally and globally, individuals and organizations need to take stock of their advocacy portfolio. At Penn in particular, while Penn without fossil pushes for the university’s divestment from fossil fuel companies, others seek to apply a bandage to a gunshot wound. The Penn Environmental Group and Penn’s Student Sustainability Association (among others) seek to increase sustainability through campaigns such as the “Nix the Six” who sought to eliminate “number 6” plastics from campus. However, such advocacy once again throws the blame on the individual instead of tackling the problem at the root of environmental degradation and climate change.

While it’s important to practice sustainable habits to minimize our own environmental impact, it’s high time to stop letting the big companies that dominate consumer markets get away with it. Environmental organizations, including Penn’s, cannot become complicit in the illusory racketeering of the energy-industrial complex by perpetuating the fallacy of individual environmental responsibility.

As we worry about buying local produce and composting, entire industries and hundreds of businesses are emitting greenhouse gases at unimaginable rates, irrevocably ravaging our environment while spending billions of dollars to secure it. their right to continue to do so in perpetuity. So how is this our responsibility again?

VINAY KHOSLA is a first year of college studying Philosophy and Political Science from Baltimore, Md. His email address is [email protected].